There, that got your attention didn’t it?  This is not a post giving you a tale about someone kicking me in the important bits, neither is it anything to do with Julie feeling the cold. No, titter ye not…. 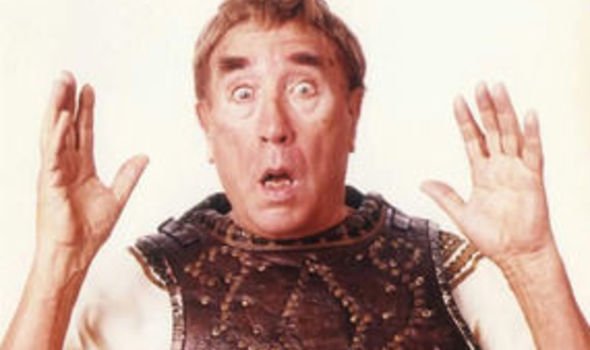 It’s actually a quick insight to our garden.  Julie and I for a long time have been twitchers, we love walking to see the birdlife (and wildlife) and taking photograghs in whatever country we are in at the time.

Some times we take a stroll through built up areas locally, lot of wildlife there too!  Mainly foul mouthed two legged varieties though, usually out feeding their young and themselves in the local well known burger or chicken joints, generally letting out their foul squawks which sound like “shut your efffing mouth Kylie, while I decide which burger I’m gonna cram into my efffing gob”   because like cuckoos are unable to build a nest, they are unable to find and cook their own food 🙂

We’ve not been away for a while because of Julie’s illness, so we called into a local store to buy, guess what,… some fat balls, this attracts the birdies into our garden and generally we are able to take the odd picture.

As our dog Ellie is now an old cantankerous retriever (she’s 16 now) we don’t have too many cats to worry about. When she was young though, she did have a habit of eating the garden, never the house fortunately

Hence the reason for most of our plants being in containers..it would appear Spring has sprung 🙂

Lovely day today, crisp and clear, I took these at around 8.30 this morning after shopping.  There’s Cowes on the Isle of Wight and Fawley in Southampton water.  Perfick.

There are two reasons for me to remember February 27th, one Nathan Thomas , our youngest and our only son was born………

He’s 25 now and plays with big boys toys.  He’s turned into a very meticulous tradesman with an eye for detail and I’m extremely proud of him.  Happy Birthday Son XX

The other reason because this date will always stick in my mind is that exactly one year ago, Julie was admitted to the Queen Alexandra Hospital, Portsmouth, as an emergency and very ill.  She was to stay in for a total of around 12 days, after 6 days being stabilised because of septicaemia which had set in, she then had a full, emergency hysterectomy.  This led to her being diagnosed with cancer and many trips to The Royal Marsden Hospital in Chelsea.  The Marsden is a beacon in the ocean of what is the NHS.  It’s light gives hope to all those who are drowning under the burden of Sarcoma.  Julie is one of these.

She is quite lucky though, even though she had the disease when this photo above was taken, we think she is lucky, yes she lost her hair for a few months but then it grew back

and guess what,although you can’t see it here, it’s curly!

If anyone had told me a year ago what she would endure in the coming months I daresay I would have questioned how we would cope with the sicknesss, tiredness, injections, blood tranfusions, and hospital admissions, but we have and Julie’s still here and we are still fighting, albeit she has a godawful cold at the moment. I cherish every moment. Thanks for listening 🙂 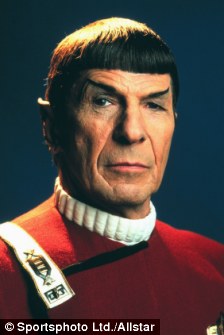 Mr Spock AKA Leonard Nimoy has left the galaxy on his final voyage.  Commander Spock, you were part of what many generations of humans see as the start of space exploration. The journey you have undertaken now is indeed “the final frontier”. 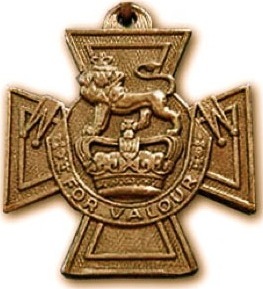 To Lance Corporal Joshua Leakey –   You are indeed a man this country is to be proud of.  Your actions have proved there is still a younger generation which, along with all of your comrades in your unit,  battalion, the Army, Royal Navy and Royal Air Force can be entrusted with the safety of our small but independent nation.

You are a man with the bravery and humility any parent would be proud to call their son.

Around 30 years ago, one of my brothers and I were travelling home from work around the Sandhurst & Crowthorne area.  It was a hot, sweltering summers day, so hot we always carried water with us.

As we drove we spotted a small blond haired man jogging, he was sweating so much he looked like he was going to drop down and die.  I asked my brother to pullover so I could give the man some of our waters, he pulled over, I gave him some water.

Thanked us with the words, “lifesavers chaps”, then continued on his  way, waving as we passed him.

The Fredster came to stay unexpectedly last night because Leah & Simon looked like they were in need of some rest.  He is five weeks old, his hobbies are eating, pooing, crying and generally making his mum and dad’s life hell……because he can.

He was as good as gold for us though, Nana Julie fed him in the middle of the night while I was on cradle rocking duty, something which is easy to do while asleep.

When Jack (eldest grandson)was younger, he used to stay and we used to watch fishing programs all night, and look at him, he’s a tank navigator at 7 years old! Jack is also a competent helicopter engineer 🙂

See these pictures above, these were taken last week ….

Now, I’m not one to panic but something I read in the papers today jogged my memory when, with a certain amount of despair, I read  that John Prescott is to become ”climate change advisor” to Ed Miliband’s  Labour campaign.

To be fair, I despair not only at Mr. Prescott, who looked as miserable as a man who had not only lost his 2 Jags but also his wallet too,  when I saw him board a tube one afternoon last summer,  but any government in any country at any one time which claims to be in the least bit interested in climate change.

Why, I hear you ask? Well, sometime in the last three years, I had a job to do for a lovely couple in Sussex.  Whilst working at this house and waiting for something to dry, I had a coffee with the lady of the house and one thing led to another in the ensuing conversation and I mentioned how lovely their house and the surrounding countryside was.

The clients were Lord and Lady Stern, that’ll be Lord Nicholas Stern the one time chief economist and climate change advisor to the Blair then Brown Labour government.  It turns out Lord Stern had a falling out with Mr Brown following his realisation, despite the in-depth, 700 page report and constant advice, not one country or Government (including ours) across the world was prepared to take the drastic steps needed to stabilise and stem the continual destruction of our planet.  In fact, Lord Stern made a very telling statement to me, one I’ll never forget “ The Americans don’t really care about anyone except America, within 50 years, they will need to consume 2 earths full of resources to keep growing as they are. Of course, we only have one planet!”

According to the 2006 Stern report, if  global warming rises by around 2 degrees C 15-40% of species could become extinct. If the temperature rises by 3-4 degrees C food production will be seriously affected.

This weekend we have seen a previously unheard of “double cyclone” in Australia.

Governments of the world, you need to listen now, otherwise there will be nothing left to govern …

Omelettes are quick and easy!  If you’ve got a frying pan, you can deal with this and add virtually anything you want

Couple of sprigs of fresh parsley

Chop up the mushrooms and the fresh parsley

Melt the butter in a frying pan

Fry the mushrooms and parsley

Add seasoning,(pepper and salt)  to your taste

Cook gently, then fold over and cook for a further 2-3 minutes until slightly browned on the outside but cooked on the inside

Serve and eat while hot

This Saturday I’ve had to spend in the office,pricing jobs, a total of 6 hours today!  Nathan & Georgia have landed back at Gatwick from Florida and guess what….it’s snowing there and they can’t get off the ‘plane yet 🙂 I’ll bet that’s a shock to the system after sunny stateside.

Julie doesn’t seem too bad today, busy concentrating on her own blog as well as continuing to set up my pages (that’ll be her training me!, you didn’t think I set this up all on my own, did you?)

I’m running a bit behind with my Kev’s Kitchen recipes so better concentrate on them tomorrow.  Oh and before you ask, these are all my own work 🙂

It’s 3.45pm, back from seeing another client wanting a new kitchen, having a sit down prior to cooking dinner.  I’ve been charging around since just after 7 this morning and this is the first break I’ve had 🙂