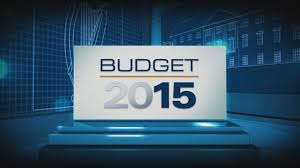 So here we are a day after the final budget before the General Election listening to all of the parties who aren’t currently in government giving the Conservatives a verbal kicking yet again.

What concerns me is many of new voters, probably all of the benefits cheats who have been forced to go to work plus a few misguided hard working people will go out and vote in either a Labour goverment or, waste their vote on UKIP.

Why at nearly 60 should this worry me?  I have worked all of my life, paying taxes etc as I should, most of that time I have had my own business.  Why work for myself?  Certainly not for the money, as most self employed people will tell you, being self employed gives you a certain amount of freedom and you only answer to yourself.  You work hard and most of the time you reap the rewards but you also take the knocks!

I have, however,as I have said before on many occasions, been through many recessions, many “boom & bust” periods. In my previous post I relayed a time during my childhood when my Dad lost his business and our home in 1968 during yet another Labour fuelled recession.  I lost a business in 2009 thanks to Mr Blair’s Labour government, fortunately, I never lost our home because I was able to pick myself up and through sheer determination and hard work and the loyalty I had built up among my customers, survived.

Look, I guess what I’m saying is the bad news is if you vote Labour then history tells us in five years time we’ll all be in debt up to our eyes (as a country) and our children will be once again having to face hardship, while the country tries to avoid bankruptcy because the government has borrowed to keep its many election promises. Why do you think Tony Blair handed over to Gordon Brown before his term ended? Because Mr Blair didn’t like the idea of taking a major fall.  Some of his early demise may have been attributed to his health but he now makes a very prosperous living on the “speech” circuit!

You know, if you vote Conservative, they will do whatever it takes to make United Kingdom plc grow.

So whatever your politics, don’t waste your vote, if you don’t vote, you have no right to complain!